Around The League’s Chris Wesseling unveiled his list of the top wide receivers in football on Friday. His ATL colleagues had their own opinions. The following was taken from an actual email exchange.

Let’s start at the top. Or near it. Larry Fitzgerald is one of the greatest wide receivers of all time. Green and Julio Jones.

CW: I love Julio and Green, so I have no issue with that sentiment. I would like to point out, though, that Fitz is one year removed from a 1,400 yard season with John Skelton as his quarterback. I’m not ready to push him into the decline phase. His No. 2 ranking was a touch of deference to a first ballot Hall of Famer still in his prime.

DH: Mark Sanchez aside, there’s nothing more depressing in today’s NFL than watching Larry Fitzgerald waste away his prime with a collection of low grade quarterbacks. Carson Palmer has quit on two teams and cheap jerseys
I’m still rooting for him for Fitz’s sake. My long way of saying that Fitzgerald is an all time talent at the position and I’m comfortable with his ranking here.

I’m less comfortable with the great Steve Smith being unable to crack the top 10. I assume this is because of age/durability concerns, Wess?

GR: I never thought I’d see the day where Wesseling is accused of underrating Steve Smith. I think there’s a Fathead somewhere in storage.

CW: I was typing the exact same sentence as Gregg. I never thought I’d end up defending a too low ranking for Smith, my favorite player (and arguably the NFL’s most underrated) of the past decade. Nice segue though, Dan. Steve Smith can certainly identify with Fitzgerald’s quarterback morass.

I did dock Smith a few spots for age. He wasn’t quite as explosive after the catch in 2012 as 2011 (early season knee injury?), and he’s no longer a major red zone weapon thanks to Cam Newton’s presence inside the 10 yard line. I should have kept him in the top 10 just out of loyalty to 89, bottom line.

GR: Some other surprises for me: Percy Harvin ahead of Andre Johnson. Jordy Nelson in the top 15. Cecil Shorts well ahead of Wes Welker. More than anything, the depth of this list stands out. Guys like DeSean Jackson and Sidney Rice couldn’t crack the top 30.

DH: I’m sure the Vikings feel great giving $18 million guaranteed to a guy that falls outside Wess’ top 20. Still, I agree with Greg Jennings’ placement here. I’d love to see Welker, Cobb or Cruz call out Wess for his lack of respect, ala Snoop Dogg at The Source Awards in ’95. “Chris Wesseling ain’t got no lovvvvve for slot receivers?!?”

Watch Cecil Shorts’ film and tell me he’s not 90 95 percent of Victor Cruz.

Guilty as charged on the slot receivers. I’m a certified Cobb o phile to the point that I ordered my Twitter followers last offseason to make trading for him their summer homework in fantasy football keeper formats. I wish I could rank him higher. He probably deserves it, but like Gregg said, it’s a deep list. If NFL teams don’t place a high value on slot receivers, though, why should we? I’ll always give more credit to the players drawing double coverage and still producing. 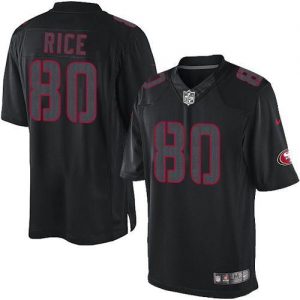