Jerry Jones is still an influential force in the NFL, and it appears he continued to put that influence to work at the NFL’s recent owners meetings in Arizona.

Jones, speaking at an owner’s only meeting, brought up a handful of topics including changing the league’s stance on marijuana, an anonymous source with knowledge of the situation told Pro Football Talk’s Mike Florio.

The Cowboys have had their fair share of drug related issues in the past. Randy Gregory, DeMarcus Lawrence, and Rolando McClain were all hit with suspensions under the current substance abuse policy in recent years with the team.

The source said Jones asked for the league to ‘drop its prohibition of marijuana use.’

Jones is also not alone when it comes to questioning the league’s current stance on marijuana. Former Cowboys cornerback Brandon Carr spoke to SportsDay’s Brad Townsend about the issue back in September.

“I compare it to alcohol,” Carr said. “I see guys that partake wholesale jerseys
in marijuana are calmer, cooler than guys that drink. I haven’t really seen too many people get in jams or binds with their emotions or losing their cool off of marijuana.”

Jones also pushed for an end to the NFL investigating off field misconduct cases, another area of previous experience for the Cowboys thanks to the league’s ongoing investigation into running back Ezekiel Elliott.

Despite not having any charges filed against him after Elliott faced assault allegations stemming from an incident last July, the NFL is still investigating whether or not he violated the league’s personal conduct policy.

Elliott’s off field behavior has kept him in the news recently after another incident during the city of Dallas’ St. Patrick’s Day parade where he was caught on video exposing a woman’s breast in public.

A league spokesman told Florio the NFL ‘looks to be efficient when conducting investigations’ and will continue to pursue them when ‘relevant and meaningful.’ 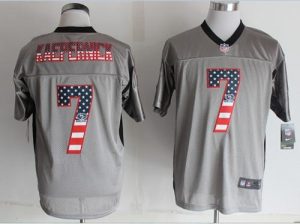