Colton Parayko caught a lot of people by surprise this season, but no one more so than his head coach, Ken Hitchcock.

Sure, Parayko’s mobility and acceleration especially at 6 foot 5 and 215 pounds and his heavy shot from the point, plus his ability to have an impact while logging an average of 20 minutes per game, have turned more than a few heads as the St. Louis Blues realized they found a gem in the third round of the 2012 draft.

But another surprise was coming. Near the end of a six game road trip, after a team meeting and before an afternoon game against the Winnipeg Jets, Hitchcock casually asked his rookie defenseman what he was going to do that night.

“He told me he had two term papers to finish and was going to write one that night. All I could say was, ‘Pardon?’ ” said Hitchcock, who is in his 20th season behind an NHL bench. “I was shocked. You hear about things like this in the offseason, but never during the season. At least I’ve never heard about anyone else doing it.”

Parayko, who signed his first professional contract after his junior season at the University of Alaska, needed seven more classes to complete his degree in business administration and decided to take two of them while also trying to earn a roster spot with the Blues.

“People think I’m crazy for doing this, but I’m not crazy,” said Parayko, 22. “I’ve been going to school and playing hockey for the past three years. This is nothing new for me. The way I see it, it’d be crazy not to finish my degree.

“I didn’t want to put in three years of work wholesale hockey jerseys
towards something and then let it go to waste. ET in St. Louis Parayko will also be battling the books, with two finals and a term paper to finish next week.

“Hockey won’t last forever,” he said. “It could last one year or it could last 10 or even more, you never know, and I think it’s always a good idea to have a college degree in your back pocket whenever you need it.”

While his teammates might give him a hard time when he’s doing his homework instead of socializing on the plane, or when he’s eating dinner by himself with a table full of books, he knows this is the right thing to do.

“Not many guys from Alaska have really moved on even to pro hockey, let alone the NHL, so while the coaches expected us to give our best effort on the ice, they also expected us to do the same in the classroom,” the St. Albert, Alberta, native said. “I owe it to myself to finish what I started, but I also owe it to my coaches who took a chance on me and gave me a scholarship so I could have this opportunity both in the NHL and to get a degree.”

He plans to finish his coursework with two more classes chemistry and a business elective this summer, and only one thing can get in his way: playing in the Stanley Cup finals.

“Classes start at the end of May, and if we’re still playing, which I hope we are, I’ll just wait until the fall . I’d be OK with that,” he said with a laugh.

“He’s such a grounded guy, and he doesn’t take his hockey career for granted,” Hitchcock said. “He assumes nothing. He feels that he’s lucky to be playing a sport that he loves, but he also wants a fallback plan and he wants to finish what he started. When you see something like that, it gives you hope for the future. He’s got a task to finish and he’s doing that, and you have to admire that. It’s impressive.” 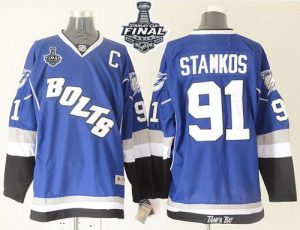