The Los Angeles Clippers staffer who was involved in a January fight with wholesale custom nba basketball jerseys All-Star forward Blake Griffin that left Griffin with a broken hand will not be back with the team next season, a team spokesperson told ESPN’s cheap nba american basketball jerseys Ramona Shelburne.

The Clippers would not comment on why Matias Testi, who had been an assistant equipment manager for the team, will not return.

In January, Griffin and Testi got into an argument in a restaurant during the team’s trip to Toronto. Griffin broke his hand in the incident. The Clippers suspended Griffin four games without pay, and he didn’t return to the court again until April 3. Testi, meanwhile, suffered multiple facial injuries cheap nba stitched jerseys.

TMZ Sports first reported that Testi would not be a part of the 2016-17 Clippers.

During the trial, Vandenburg’s lawyers asked multiple witnesses, friends of the woman and some former players, if they knew of a “hostess” program under Franklin. While no witness admitted knowing of such a program, it was no surprise that Vandenburg’s lawyers asked about it. In November 2013, they had requested the release of text messages from coaches on the team — though it wasn’t clear what they thought those text messages would reveal. In April 2014, a few months after Franklin had taken the Penn State job, Vandenburg’s lawyers brought their most substantial claims against him. In a court filing, they said that Franklin and former director of performance enhancement Dwight Galt (who is now at Penn State) contacted the woman in the case within days of hearing about the assault.?

According to the The Tennessean, “the woman told police she was at a medical examination four days after the incident when Franklin and Galt called and told her they ‘cared about her because she assisted them with recruiting.’” According to a court filing, what she meant by “assisting them with recruiting” was that Franklin asked her “to get fifteen pretty girls together and form a team to assist with the recruiting even though he knew it was against the rules.” Vanderbilt’s vice chancellor for public affairs, Beth Fortune, wrote in a statement: “Vanderbilt University’s Athletics Department does not have a hostess program. The Athletics Department adheres to NCAA policies governing prospective student-athlete visits to campus and the Athletics Department’s own Recruiting Policy for Official and Unofficial Visits.”

Asked for comment through the Penn State Athletic Communications department, Franklin issued SI.com this statement: “The allegations that I did something wrong are simply not true. I have cooperated fully with the authorities in this matter but, out of respect for the legal process, I am not able to comment any further.”

Tom Thurman, the deputy DA in the case, told The Philadelphia Inquirer that Franklin called the victim as a show of support, not “for any purpose of covering up or anything like that.” He also said he believed Franklin knew her because she had an association with the athletic department. ?

Thad McHaney says that after he first heard about the incident and the charges against his fellow players, he was shocked and disappointed. But he cautions, “I never made the correlation that just because we are doing better in football we have people that are going to do that sort of thing.” And he says that making the leap from football to sexual violence would be unjust to his former coach: “I think that’s not fair to what [Franklin’s] taught us as far as respecting women,” McHaney says.?

The trial happened to coincide this year with the annual NCAA-sanctioned 48-hour recruitment visit. Batey, Banks, and McKenzie attended the same recruitment weekend in 2012 (the three were redshirted their freshmen year) and Vandenburg the one in 2013. The Tennessean reported that during last year’s recruitment visit, a 17-year-old recruit was accused of raping a Vanderbilt student. The allegations were deemed “unfounded” after a police investigation, but “heavy underage drinking was documented by police and witnesses.” None of the attention of the trial has affected the commitments from any of the recruits.

Still, the fallout for the university continues. On Oct. 4, 2013, Sarah O’Brien, a student at Vanderbilt and a former member of the Commodores women’s bowling team, wrote a piece for the Huffington Post in which she said, “Rape and sexual assault is an ongoing, systemic problem that occurs within the Vanderbilt community more often than we like to believe.”?

In early February of 2014 The Tennessean, as part of coalition of media and the Tennessee Coalition for Open Government that included the Associated Press, the Knoxville News Sentinel, and the –Chattanooga Times Free Press, sued the city of Nashville. Within days state senator Becky Duncan Massey filed a bill in the Tennessee legislature at the request of Metro Nashville’s legal department to require “that identifying information about an alleged victim of a sexual offense, including the name, address, and telephone number of the alleged victim, be confidential.” Ostensibly, the bill serves to protect sexual-assault victims and to give them more power over when their name is released to the media. In practice, assault advocates and media personnel alike are concerned that this will make it too hard to write ethically about the crime, thus rendering sexual assault nearly invisible in media coverage.

In her Tennessean column, Gail Kerr wrote that the bill demands “all details of sexual-assault crimes would be secret unless they came out at trial” and connected the bill directly to the ongoing Vanderbilt case and her employer’s suit against the Metro government, a claim denied by the police department’s law director. The bill’s timing is suspect, insofar as it is unclear what wrong it would right; but it does help shore up the Metro PD’s position in the Vanderbilt case. Protecting the university from the scrutiny of the media is a side effect, intended or not. The bill passed and became law during last year’s legislative session.

On Sept. 30 the Tennessee Court of Appeals ruled against the media coalition, and in late November the media coalition appealed to the Supreme Court of Tennessee. On Jan. 16, the court agreed to hear the appeal, which should happen sometime this spring. The victim in the Vanderbilt case has filed an affidavit against the media coalition. Her lawyer, Ed Yarbrough, explained in June, “if we need to go a little further than we would like to restrict the Public Records Act, than we should do it. The time has come to take victim’s rights seriously and put them right up there with civil rights and all constitutional rights.”? 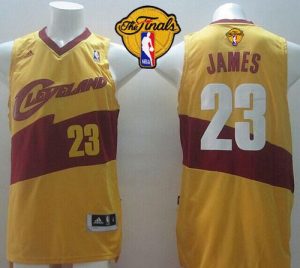