Ichiro Suzuki is about to become the all time hits leader. Or is he? Pete Rose doesn’t think so.

Ichiro has 2,977 Major League Baseball hits to go along with his 1,278 hits in nine seasons in Japan. Add them up, and the Miami Marlins outfielder is one hit shy of tying Rose’s major league record of 4,256 hits.

“It sounds like in Japan, they’re trying to make me the Hit Queen,” Rose told USA Today Sports. “I’m not trying to take anything away from Ichiro he’s had a Hall of Fame career but the next thing you know, they’ll be counting his high school hits.

“I don’t think you’re going to find anybody with credibility say that Japanese baseball is equivalent to Major League Baseball. There are too many guys that fail here and then become household names there, like Tuffy Rhodes. How can he not do anything here and hit [a record tying] 55 home runs [in 2001] over there? It has something to do with the caliber of personnel.”

Although there has been public focus on Ichiro’s pursuit of the 3,000 hit MLB milestone in the United States, there really hasn’t been much talk of his pursuit of the overall record. That doesn’t sit well with some in the game.

“I cannot believe it’s not a bigger deal in Major League Baseball. Shame on us for not making a bigger deal out of it,” Arizona Diamondbacks assistant hitting coach Mark Grace told the newspaper. “You’re talking about breaking Pete Rose’s record. I couldn’t care less if he got some of those hits in Japan or in Antarctica. You’re getting hits at high professional levels. That’s huge. I’m in awe of the guy.”

Ichiro, who is now 42, burst onto the American scene in 2001 at age 27. He captured the rookie of the year and MVP awards after winning a batting title and leading the league with 242 hits. Over his first 10 seasons, Ichiro had more than 200 hits every season, made 10 All Star Games, won 10 Gold Gloves and earned two batting titles. Could he have gotten more than 1,200 more MLB hits had he come to America earlier? It seems possible, but we’ll never know, and some aren’t sure it matters.

“It’s hard to compare, but it’s a lot of hits no matter how you slice it,” Marlins manager Don Mattingly told USA Today. “We’ve had a number of Japanese players come over and be really successful. To say it’s minor league and major league numbers, that’s not quite fair. The fact is that he’s going to have 3,000 hits here, and to have all of those hits in Japan, too, tells you how special he is. The hits over there are hits against good quality pitching, basically major league caliber players, so they’re legitimate for sure.”

Marlins hitting coach Barry Bonds, who has his own mark as baseball’s all time home runs leader, cheap throwback jerseys
said that rather than having the issue be debated in the media, he’d like to see Rose and Ichiro get together and discuss hitting.

“What it does is bring our world together, not just one side is better than the other,” Bonds told USA Today Sports. “A kid from Japan comes over to the United States and did something between the two places and united two countries together. We’ve been playing against each other forever. We finally got two of the same. Why don’t we just do that? It would be great for the game of baseball.

Ichiro grounded out in a ninth inning appearance as a pinch hitter in the Marlins’ 5 2 win over the San Diego Padres on Tuesday night to remain one hit shy of matching Rose’s record. 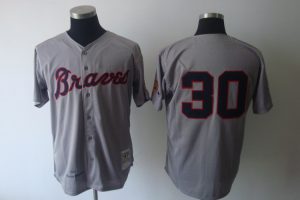