ANAHEIM, Calif. wholesale baseball jerseys
The Rangers, by all accounts didn’t have much nasty to stay to umpire Vic Carapazza during Saturday’s 3 2 10 inning walkoff loss to Los Angeles.

No, they saved that for afterwards.

Carapazza, in his second full season as an MLB umpire, ejected Alex Rios after the fourth inning and Michael Choice in the 10th for arguing balls and strikes.

According to Rios, he yelled “Clean it up,” with no obscenities included from the dugout after an at bat turned against him on a questionable call. Choice, after seeing consecutive pitches on a 3 and 1 count called against him, said he told the umpire “that’s not a strike,” and “that pitch was way low.”

Carapazza has three ejections this season. All are Rangers. He ejected pitching coach Mike Maddux in May for arguing balls and strikes.

“He’s got a quick trigger finger,” manager Ron Washington said. “He needs to settle down and show a little patience. This is the major leagues. He seems to think you can’t say anything at all about the strike zone. I think he’s got to control himself better.”

Both ejections came at critical moments in a tight game.

With a runner on first and one out, Rios fell behind 0 and 2 on a pair of called strikes before grounding into an inning ending double play. When he returned to the dugout, he yelled for Carapazza to “clean it up.”

“I’d rather keep my thoughts to myself,” Rios said. “But it was a little intolerant. I didn’t say anything disrespectful. It was just unacceptable to me.”

With one out in the 10th, Choice found himself ahead 3 and 1 before a pair of called strikes, both of which he thought were low. He thought there were called strikes in earlier at bats that were low, too. Choice actually had thrown the bat down and started to move towards first before Carapazza called him out. Choice stopped in his tracks, spun around and pointed at the umpire. 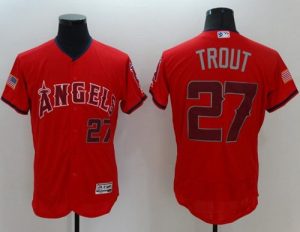