TCU football, Foster Sawyer must roll his sleeves up for QB battle

From an experience and numbers standpoint, Foster Sawyer has an uphill climb in his battle against Kenny Hill for the TCU quarterback position.

Sawyer has played in only four college games, with one start and one touchdown pass. Hill has played in 12 games, started eight, and thrown 24 touchdowns wholesale jerseys.

But the best thing Sawyer can do is forget that, Horned Frogs coach Gary Patterson said.

“He’s got to roll his sleeves up and not worry about it,” Patterson said Wednesday during his annual reporting-day news conference. “He has all the throws, he’s a lot more athletic than people give him credit for. But to be a leader and be in that position, you’ve got to roll your sleeves up, you’ve got to get ready to get hit in the mouth and get back up and come out swinging.”

Practice began Thursday for TCU, which opens the season Sept. 3 with a home game against South Dakota State. TCU was undefeated at Amon Carter Stadium in 2014 and 2015.

Back on the field w/ our brothers. wholesale jersey knit fabric

Thursday marked the start of four weeks of preparation for season opener, and Patterson said he’d like to have a quarterback in place no later than nine or 10 days before that.

Co-offensive coordinator Doug Meacham will be glad to use all the time necessary to evaluate Sawyer and Hill.

“Yeah, why not? Why just say, ‘He’s the guy,'” Meacham said. “Let’s just let it run its course and let it happen. You name a guy early, and you may not get as good a vision who it will be.”

Sawyer is working to erase the impression he left in his last game action. He was intercepted three times in a start at Oklahoma and was pulled. It was a disappointing outing, considering a week earlier, he had come in to spell backup quarterback Bram Kohlhausen against Kansas and finished off that victory. He threw his first touchdown pass.

“You have a tale of two quarterbacks, the guy who came in in the KU game and the guy who played in the Oklahoma game,” Patterson said. “We have a saying, ‘Greatness is where hard work and dreams meet.’ I think you can sit there as a young player and you can dream what it’ll be like to throw seven touchdowns against Oklahoma, and then you wake up out of that dream and you’re in Norman and you’re playing Oklahoma.”

Co-offensive coordinator and quarterbacks coach Sonny Cumbie said that was a lesson for Sawyer.

“He really learned from that,” Cumbie said. “I’ve been really encouraged by Foster’s development. He challenged himself.”

Sawyer said he and Hill have put their trust in their abilities, and that they have been heartened by their teammates’ trust.

“Our guys can see each of our talents and skill sets,” he said. “They have trust in us to go win. We’re each others’ biggest fans. That’s how we’re going to take this into two-a-days. Yeah, we’re going to compete. But we’re also going to have fun and enjoy each other’s company for sure.”

Foster Sawyer threw 79 touchdown passes in his junior and senior seasons in high school, including a six-touchdown performance in a state championship game.

It’s clear Sawyer is going to get a fair shot at the job, but the coaches have said they will use most of the two weeks to evaluate the decision. Patterson has complimented Sawyer’s throwing ability. And Sawyer has been around Meacham and Cumbie longer than Hill.

Now he has to make everyone forget the game against Oklahoma.

“How fast the game moves and all the things that happen — just run the offense,” Patterson said. “If there’s anything he learned out of it, he has to run the offense.”

“He’s really physical — probably was our best bull rusher, which makes him a great guard, knocking people off the ball,” Patterson said. “It’s wide open after the first five. We’ve got to grow up that position. I’ve been saying that for a while.”

Vai, a 6-foot-4, 282-pound sophomore from Raytown, Mo., played in only one game last season. He redshirted his first season at TCU.

Horton came to Fort Worth from Highland (Kan.) Community College, where he was the top-rated JUCO inside linebacker.

Patterson said place-kicker Jonathan Song had a good day in practice Friday, and added “we were OK in punting,” where Adam Nunez has taken over. “But we’ve got to keep doing a better job,” he said.

Patterson also said the coverage units could be strong.

“I think we’re going to be a better coverage team this year, even though we’ve been really good the last two years,” he said. “I think we have a chance potentially to be good, really good, in the special teams department, as long as the punter and kicker hold their own.”

Song and Nunez are taking over for four-year players Jaden Oberkrom and Ethan Perry. 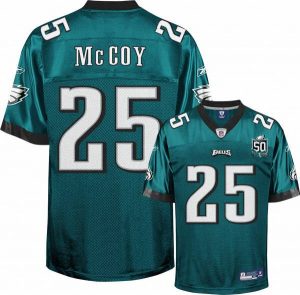