The Cowboys’ draft this year did not grab a lot of national headlines. At least, not by America’s Team’s standards, and certainly not compared to last year, when Dallas used the No. 4 overall pick to select Ohio State running back Ezekiel Elliott.

But the lack of headlines does not mean the Cowboys did not have a quality draft. In fact, CBS Sports’ Will Brinson considers Dallas one of the winners of the 2017 NFL draft.

“No surprise here, but the Cowboys draft was all about getting better on defense. And they did, without having to move around much or sacrifice any future capital,” Brinson wrote. “Their first three picks Michigan DE Taco Charlton, Colorado CB Chidobe Awuzie and Michigan CB Jourdan Lewis might end up all starting for them.”

“Ryan Switzer is going to have an impact on special teams and be a thorn in the side for offenses in a similar fashion to Cole Beasley. He’s just a gamer and a perfect fit for Texas,” Brinson wrote. “Dallas also got more talent on the defensive backfield in the third day, getting Xavier Woods (safety, Louisiana Tech) and Marquez White (corner, Florida State).”

Brinson is not alone in the analysis.

“The goal all along was to land a pass rusher in the first round and follow up with defensive backs in the next two rounds. Not only did the Cowboys execute their plan, they got quality players with all three. Charlton, Awuzie and Lewis wholesale jerseys
are all expected to compete for starting spots,” Machota wrote in a piece breaking down each NFC East team’s draft weekend. “Woods, one of Dallas’ 29 predraft visitors, also has a chance to be a starter when the Cowboys open the season against the Giants. The sixth round pick was someone Dallas seriously considered in the fourth. Switzer gives the offense another option in the passing game as well as a standout punt returner. Of the Cowboys’ final four choices, White probably has the best chance of making the roster and contributing as a rookie.” 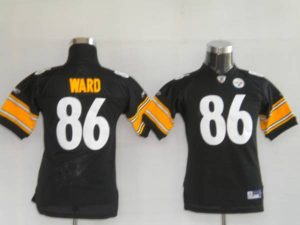